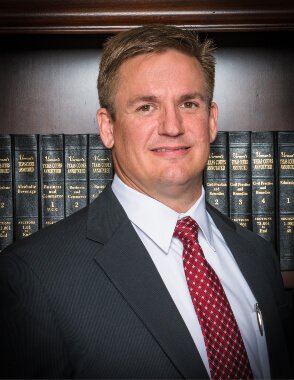 ROBERT W. HILDEBRAND was born in York, Pennsylvania, and served in the United States Marine Corps. While a Marine, Robert learned the value of hard work and attention to detail. These qualities helped Robert excel as a leader which resulted in two meritorious promotions, distinctions such as the Navy Achievement Medal for professional achievement in the superior performance of his duties, several Letters of Commendation, and Letters of Appreciation.

Ambition and Talent Helped Him Rise to the Top

After his service with the Marine Corps, Robert moved to Houston, Texas. As Robert worked as a law firm file clerk at the law firm of Glover, Anderson, Chandler & Uzick he attended college at night. Because Robert planned to attend law school after obtaining his degree, his mentor, Jim Lewis, involved him in all aspects of litigation. Robert graduated from the University of Houston with Magna Cum Laude honors and a B.B.A. degree in Computer Information Systems. Robert continued to work full-time at the law firm helping prepare cases for litigation while he attended South Texas College of Law in Houston, Texas.

Robert’s hard work and commitment to excellence helped him become a partner at Lewis, Davenport & Hildebrand, P.C.  In his short time as an attorney, Robert has handled hundreds of cases from beginning to end.

When Robert is not fighting for clients, Robert enjoys spending time with his three daughters.  This inspired him to move his practice closer to home in Pearland (Brazoria County), Texas where he joined practices with J.D. Wilson to form the Hildebrand & Wilson LLP firm.

Robert is extremely knowledgeable of automobile accident legal matters. He is professional, honest, and quick to respond in trying times. I highly recommend him to family and friends. Thank you for your support Robert.

Great people to work with. Robert was very responsive and super fast to answers questions. Extremely pleased with his work and got us the resolution we wanted.

Robert Hildebrand was determined to fight for our case no matter how long it took or how tricky our case might have seemed. Thanks to his consistent perseverance, he was able to win the case in the very end. Anyone needing a lawyer needs one who won’t back down and that guy is Robert. I thank him a million times. He’ll never know just how much we appreciated his effort.

Set Up a Free Consultation

Let's get you back on your feet.